Get Up Stand Up 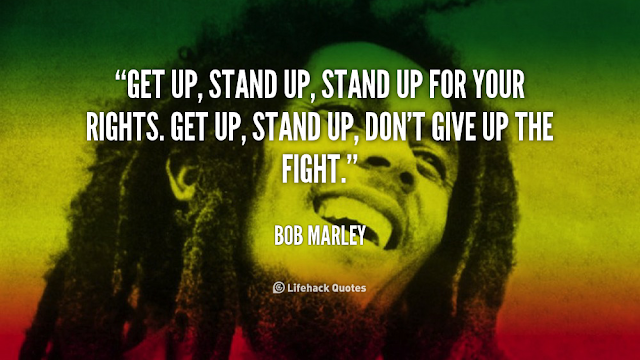 On November 8th,  I told my 9 year old who won the 2016 Presidential election.  She looked at me incredulously.

Me: (finally catching up to where her mind was) "Honey,  we're not moving to Canada...  Our work is here."

She: (nodding slowly, taking it in). And then, another explosion of tears.  "But why aren't we moving to Canada?!?!" followed by an incoherent rant that involved burritos and walls and kittens and a bunch of other stuff I didn't quite grasp.

And then, in an uncharacteristically quieter, frightened voice...

"But if we don't have white skin, how are we going to be safe?"

What followed wasn't a perfect conversation, but an honest one.   I explained to her that it was my job to keep her safe, and that she would always have a million ancestors walking with her.  And that the reason she was born with so much light was so that she could be part of the change the world was begging for.   I explained to her that things were about to get realer than real...  And for the first time ever, she didn't try to dismiss a conversation about the importance of our cultural identity and values.

As I rode the train to work that morning, the silence was eerie.  No one met each other's eyes.  In my gentrified Brooklyn neighborhood, I felt like I wanted to shake every white person I passed and ask, "Are you one of the ones who voted against our lives, our families?"  And as one of the only brown faces on that train, I felt threatened and unsafe.  And then, to my absolute horror, silent tears rolled down my cheeks.

I was ashamed of that part of me who was sad and disappointed. Intellectually, I knew better than to be surprised by the election results.  I was not new to the politics of race and oppression in America.  Fellow activists would admonish those of us who expressed hurt, as though being part of "the struggle" made us impervious to pain.  As if the myth of the "Strong Black Woman"  wasn't a dangerous one.

A friend had called earlier to report that in North Carolina, a KKK march cut off her car on the way to work that morn.  The KKK.  In 2017.  In broad daylight. 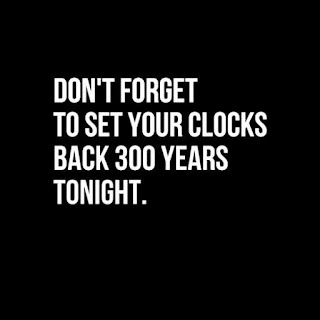 I realized that even the loss of illusion is still loss. My heart was broken, and I am still grieving for the lives that may be wrongly incarcerated and prematurely taken over the next four years.  I would hear people talking about how we need to respond to the election with love, and my heart would harden with rage.  Love on the side of the oppressed has never been the problem.

What followed for me was not pretty. In my practice, over and over again I was treating trauma symptoms- hyperviligence, loss sense of purpose, anger, grief.  Eyes glazed over. Hearts hurting.   I would lay in bed and think of the work I am honored and blessed to do. But, instead of feeling gratification, a single thought continued to bubble to the surface:

"It's simply not enough", the voice would say.  Not in a mean or hurtful way,  just in a plain-ole-matter -of-fact way.  "It's not enough.  Reaching people one at a time is not enough.  The world needs more.  Did you see all that red? Don't you know how insidious White Supremacy is?"

As I do when I'm on that slippery downhill slope,  I mixed up a blend of flower essences:

Gorse: for hopelessness and deep despair
Scotch Broom: for fear for the state of world
Rock Rose:  for terror that one will be annihilated, destroyed or harmed
Mountain Pride: to awaken the ability to take a stand as spiritual warrior
Goldenrod:  for the courage to stand fully in my own truth
I called the blend Get Up Stand Up, full of golden flowers to activate the Solar Plexus.  My fellow-alchemist sister prayed with me over the blend, calling on the ancestors of indigenous people from all four corners of the earth.  Calling on the resilience and fortitude of nature herself.  The Bob Marley song, its namesake, started to shine some light through the dark cloud.  My sadness, terror, and rage began to shape themselves into action.

Eventually that voice started to get more specific. "It's not enough", it would still say, and then adding:  "It's time to scale up."  Ideas started flowing:  make flower essences available online so they can be purchased without an appointment. Start a wholesale program so practitioners can reach patients in other states and communities.  Write that book you've been talking about.  Scale up.  The world needs you NOW, and doesn't have time for your fear, doubt, or insecurity. "

And I began to realize that my genuine, authentic life purpose is not separate from my response to the political madness.  In fact, it's just the opposite- the madness is a challenge, a call to arms, a pleading of the universe to actualize my purpose in service of humanity.

A call to all healers: Get up, stand up-  hearts are broken, souls feel lost and confused, and trauma is real.

A call to all activists: Get up, stand up- oppression is epidemic. We need your strategizing, your organization, your education, and your fight.

A call to all spiritualists:  Get up, stand up- let's raise the vibration of this planet.

A call to all families: Get up, stand up- let's raise our children to be change agents. Their eyes are watching.

A call to all lovers: Get up stand up-  love hard cuz love heals.  Let's be forces of humility, honesty, caring, patience, validation and compassion for one another.

Listen.  I am clear that we don't all have the same struggle.  The plight of white feminism does not often address the specific needs of black women (hence the controversy over the upcoming March in Washington).  The struggle for human rights that LGBTQ communities face is not the same as the Black Lives Matter movement.

But there is resonance, and there can be solidarity.

The truth is, there are so many things to get up, stand up for.  But we can do so in a way that one movement does not usurp, co-op or drain resources from another.  The lungs don't ask the heart to breathe...   but very certainly, if one stops fulfilling its mission, the whole organism is going DOWN.

Its reminds me of my favorite cartoon, when the four nations ban together to defeat Firelord Ozai as he prepares to destroy the planet with his cultural incompetence, tyranny and greed.   Each of the four nations- Earth, Water, Air and Fire, had a role to play. Each had different gifts to share. Each had a purpose to fulfill.

And those differences are not something to run from, hide from, or be politically correct about.

Let's Get Up, Stand Up together.

Email ThisBlogThis!Share to TwitterShare to FacebookShare to Pinterest
Labels: flower essences, get up stand up, mountain pride, Wood Element