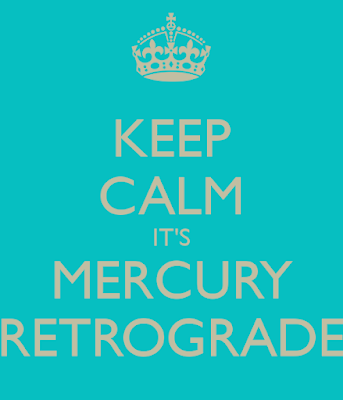 Mercury schmercury.
Last week I tallied up the hours...  3 hours on the phone with Apple Care, 2 failed attempts to get an appointment at the Genius Bar after schlepping all the way to the city, and an actual six hours at the Genius Bar when they finally could get me in.  Yes, six whole hours at a tech support table, unable to leave, as they tried to recover over 250 GB of pictures and data from my crashing computer.
Sounds like Mercury Retrograde right??
So there I was in the Apple store. I spent the first hour (or 2.. or 3) harassing the tech guy, praying silently, feeling guilty about the event I was missing,  and trying (unsuccessfully) not to lose it.


But then, something shifted.   I caught up on some phone calls I'd been wanting to make.  I finished up the budget for a proposal I kept putting on the backburner.  And then... I picked up my journal and started writing.  I recapped the crazy turmoil of emotions I'd been experiencing over the last few months, I recalled all of the the blessings and gratitudes, and I remembered how to daydream.  It was the first time I'd given myself permission to turn off my "to-do" and reflect.

Which reminds me of the pure essence of Mercury Retrograde.  As Caroline Casey eloquently states:

"Retrograde planets recommend any activity that begins with the prefix re: reflect, research, renovate, repair, rewrite, reconnect, rejoice, remedy, rehearse--  re-anything.... the only reason people say "uh-oh' when a planet is in retrograde is that we live in a culture that overvalues forward push and undervalues inner dream.  We experience frustrations when we willfully push ahead and resist the cosmic directive to reflect".

Amen sister.
Mercury goes in retrograde 3 times a year for 3 weeks at a pop.  Then there's the shadow of mercury retrograde on either end of the retrograde which can last a few weeks.  The way I calculate it, there's always SOMETHING in retrograde.


Instead of freaking out about Mercury Retrograde, let's honor its invitation to SLOW DOWN, to reflect, redo, and renew.  Let's reread an email before we send it, think twice before we speak,  and double-check our directions before traveling. Most importantly, let's listen to those inner hunches that hint that things might not go exactly as planned. And re-evaluate that plan accordingly. 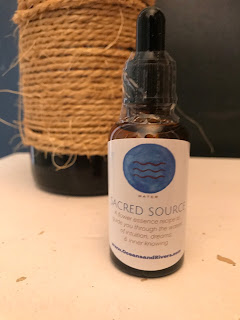 If turning off your rational, logical mind for the next three weeks feels a bit impossible, then reach for the Sacred Source flower essence recipe.   Sacred Source helps us tune in to intuition, listen to our dreams, and re-flect, re-organize, re-envision new possibilities for our lives.

Add the Magic is Medicine Flower Essence Journal, to help you track the subtle, yet profound changes you'll experience over the course of a full cycle of flower essence use.   Complete with reflection prompts inspired by Water, Wood, Earth, Metal, and Fire, Magic is Medicine reminds us of the magic that surrounds us and the power we have to transform our lives.


As we move towards the Solstice and the season of the Water Element, we can begin to trust the knowing that comes from within, and the magic that is everywhere.